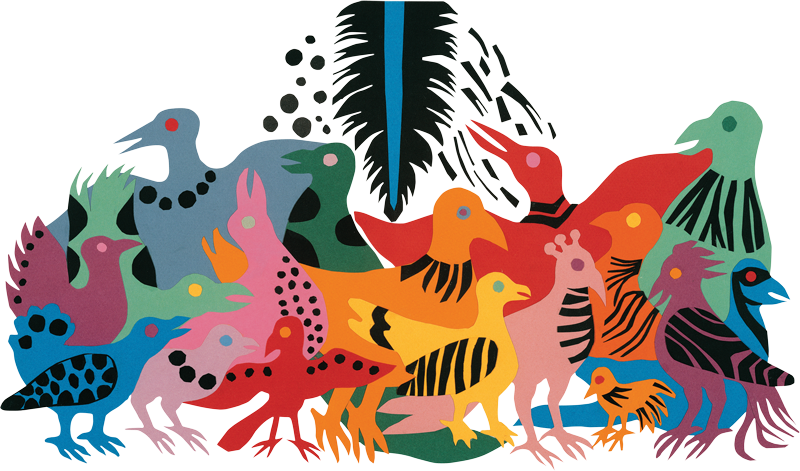 Update for friends and family:

2021 has been a difficult year for all of us. So much we just couldn’t understand – Americans unable to feed their families; hospitals without an empty bed in Intensive Care Units. Clearly a time to reach out to those in need.

Given this situation, I feel good being able to report that the Ashley Bryan Center had a very positive year. Ashley was on Islesford for the summer enjoying meaningful time with friends and family. The list of visitors included Maine’s governor Janet Mills who spent an afternoon singing, laughing and reciting poetry with him. How many 98-year-olds study Shakespeare and recite sonnets they memorize?

Ashley’s nieces did an extraordinary job caring for him and directing activities in the house. The ABC benefitted greatly with Ashley, Vanessa, and Bari helping us, providing detail, as we continued to sort through works of art. In 2020, a major piece of Ashley’s archive was gifted to the University of Pennsylvania; members of Penn’s curatorial team were with us in July continuing the exciting task of assessing the contents of the house. They continue to uncover historically important drawings and paintings, notably, a large work on paper from 1951 depicting Pablo Casals performing a concert while in exile in the Pyrenees. Penn will present a major show of Ashley’s work in 2023.

We are finalizing a gift to College of the Atlantic of 25 of Ashley’s puppets. Ashley has had a special relationship with their faculty and students for many years. Puppets will be permanently displayed in the new Davis Center for Human Ecology.

Ashley’s book Sail Away, including all preliminary collages, was gifted to the Morgan Library, New York City, along with a recording of Ashley reciting the illustrated Langston Hughes poems. A show of Ashley’s work opens there in October 2022.

Colby, Bowdoin, the Farnsworth Museum, and the Portland Museum of Art, all in Maine, have been given collections of Ashley’s work and are curating shows for 2022-2023. The new Children’s Museum and Theatre in Portland is presenting an Ashley Bryan exhibit now through 2023. They feature an interactive animation piece which brings to life Ashley’s Beautiful Blackbird – not to be missed. The Eric Carle Museum, Amherst MA, will show Ashley’s work as part of an upcoming collage exhibit.

Working together, the ABC and Mariposa Museum are selling Ashley’s linocut prints online and at the Mariposa in Peterborough, NH and Oak Bluffs, MA. The ABC is also doing a new series to be featured exclusively on our website – perfect as gifts for the holidays. Ashley’s linocut project is being directed by Daniel Minter of Indigo Arts Alliance in Portland, ME.

We will be adding a room to the Storyteller Pavilion to be a replica of Ashley’s dining room – table, chairs, jellybeans, toys, a book of Shakespearean sonnets. The idea is that you could bring a friend or small group in there and talk about that special man who sits at the head of the table, reciting poetry, sharing candy, inspiring and relishing time spent with visitors of all ages.

More and more organizations are reaching out with ideas for programs that feature Ashley and his work. This December, the Boston Pops will project images from Ashley’s What a Morning! to accompany a medley of spirituals as part of their Holiday series. Attend in person or virtually.

This will be an exciting period leading up to Ashley’s 100th birthday on July 13, 2023, with a trail of shows and events up and down the east coast. It is truly wonderful seeing so many people wanting to celebrate the man as well as his artistic accomplishments. I pass along a bit of advice Ashley has often given me: “When you wake up in the morning find the child in yourself.” His goal is that we be more creative and always open to new possibilities.

We will keep you posted as projects progress. Please continue to support our programs.